It's fairly easy to define, but much harder to avoid in you writing.

Passive Voice: It can be defined as using the object of a sentence as the subject, combined with a the "be" form and past participle. 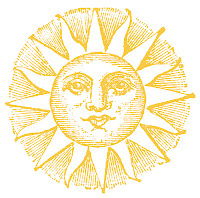 But, seriously, here's the breakdown.
The snowman is the wrongly placed subject.
has been melted uses the "be" form verb has been and adds the past participle melted.
by the sun is a prepositional phrase, with sun as the object of the preposition.

We can remove the "be" form helping verbs, change the subject and remove the prepositional phrase, and TA-DA! no more passive voice!

Keep in mind these verb forms are not always passive verbs. They can be a state of being and does not make the sentence passive.

The snowman is a melted puddled.

This sentence describes the state of the snowman and is not a passive sentence.

Not all active voice needs to contain action! In the example above, there is not action taking place. BUT the sentence is not passive!

so, how do you check for passive voice in your writing? Here's a good check list you can use while revising!

1. First, look for the the "to be" form followed by a past participle (usually words ending with "ed")
If you don't see these, move on to step two.

3. Change things around if you need to!

Her baby was delivered by a wonderful doctor.
Change to:

A wonderful doctor delivered her baby.

The ice cream cone was dropped by the little girl.
Change to:

Now, is it ever okay to use passive voice? Yes, yes, yes! When, you ask?

1. When you want to emphasis an object. Example:

Passive: 500 votes are needed to pass the law.

Which is better to use? It depends on what you want to emphasis. Is it the law, or the required votes that would make the sentence stand out?

2. When you don't know, or don't want to tell who the subject is. Example:

Passive: The tests were performed yesterday.

This sentence is fine in the passive voice when it doesn't matter who performed the tests. Maybe you want to emphasis the tests, and it doesn't mater who did them or who had the tests done.

These are only few examples of passive voice, how to spot passive writing and reasons to use passive voice in your own writing. I hope they have been helpful!

Quick Ideas for revising your plot!

1. Never stop looking for new ideas. Yes, your story may be finished and you are revising, but never turn a cold shoulder to an awesome idea. ALWAYS keep pen and paper handy for jotting down good ideas. You may use them in this story, or you may save them for later. Who knows?

2. Your MC needs to problems to solve. One is personal and the other is plot related. It's a good idea to begin the story with a personal problem. This problem will be complicated by the plot problem. AND the personal areas will affect how your MC handles the plot problems.

3. Have a second look at your MC's stakes. They better be high and involve physical or emotional loss, or both. or your readers may not care what happens. This, of course, means they'll toss your book on a shelf.

4. I've said it before and I'll say it again: You've got to have conflict. Have you been too nice to your MC? Did you find it hard to complicate matters and make things worse than worse? If so, rip it out and rewrite. If you don't have conflict, you need it! Don't hold back! Give it all the trouble can. Your MC will thank you, and so will your readers!

5. Maybe you can add a new character to liven things up. Give your new buddy a high stake and awesome reasons to either love your MC, or hate her. Write a quick backstory (for yourself) so you'll know what the relationship with the new character and your MC was in the past, and plop him down in the middle of a flat scene. Watch things catch fire!

That's it for now!
Any questions? Thoughts? Comments?

If you want to send in a page for a mentor to look over for passive voice or plot holes, do so as son as possible. This weeks mentors will get a half page answer to your question! Yippie! Welcome back to Operation Agent Ink!!