Character Development: Give him a desire

March 23, 2012
When I first began writing, I thought I could just sit down and write the story. For a beginner, that worked fine, I guess. I generally start my stories with a character in mind and a situation to work through. My stories ended very quickly because once my character got past the situation, that was it. 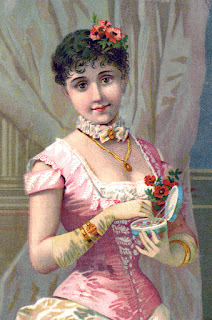 I have since learned that in order to make my character real and believable, I needed to create a CHARACTER for my character. It's like reading a biography. The person writing the biography learned as much about their character as possible, maybe even interviewing him or her more than once. Getting to know your character will enable you to write a better story. In order to do this, you MUST know the CHARACTER of your character. Who is she? What made her so happy? Angry? Bitter? Scared? What made him so strong mentally? What happened to him that caused him to be mean, insensitive, careless? Why is he such a gentleman?

Let's begin with Olivia Shae Conniers. From the time she was a baby, her parents called her Shae-Shae because Olivia sounded so grown up and she has been Shea ever since.
One night, Shae woke up in a strange place and could not remember who she was. Not only that, she didn't know where she was. She couldn't remember anything, really, not even her name.
I'd say that is a problem, wouldn't you?
Now, if Shae was your character, what problem would you give her? What her greatest desire be? More than anything in the world, what does she want?
Feel free to comment below...